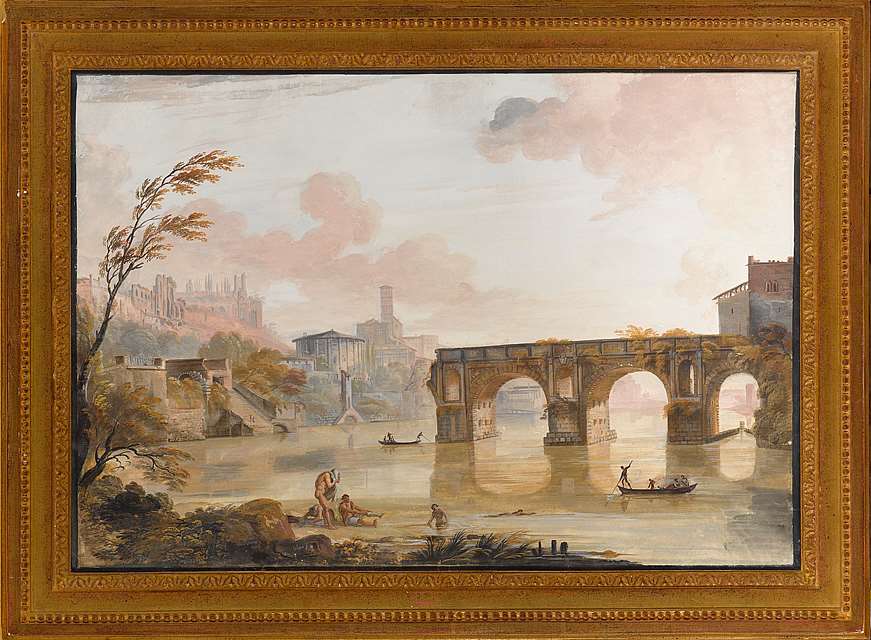 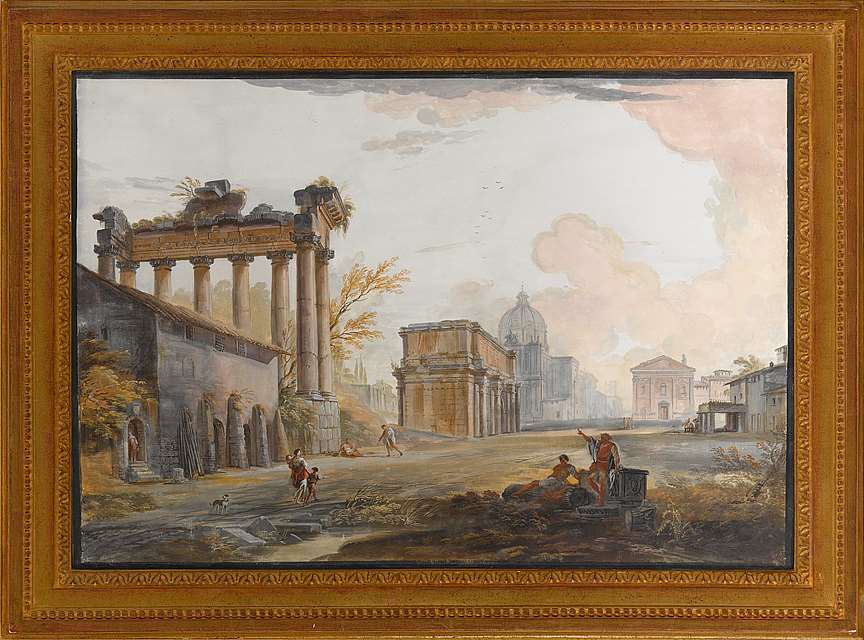 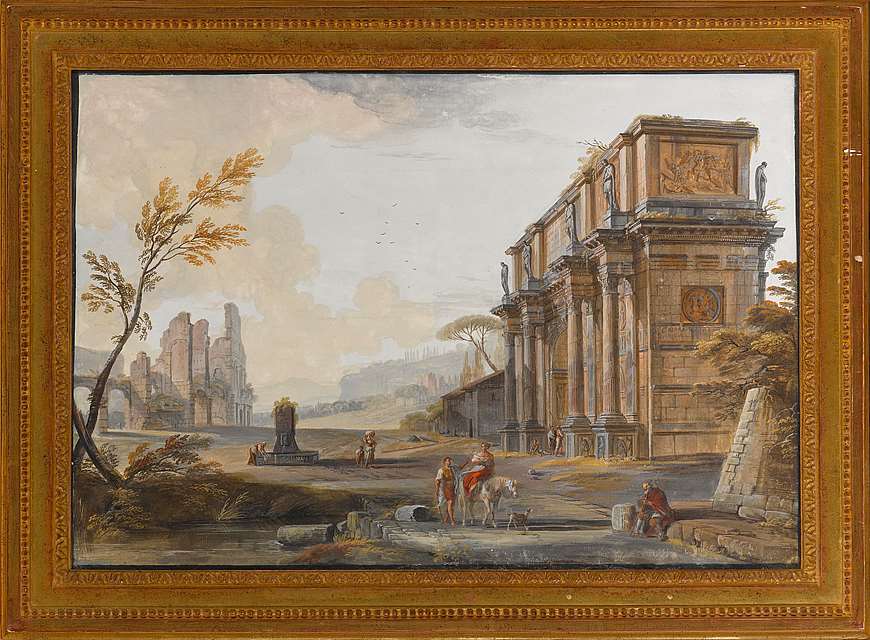 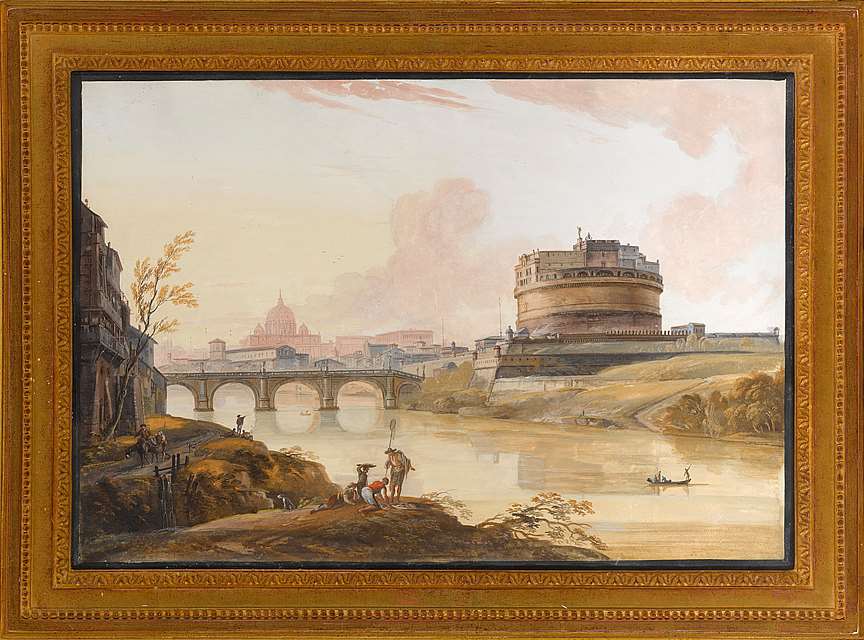 View of the Forum Romanum with the Temple of Saturn, the Arch of Septimius Severus and the Church of SS Luke and Martina
Gouache on paper
No visible signature
36 x 53 cm