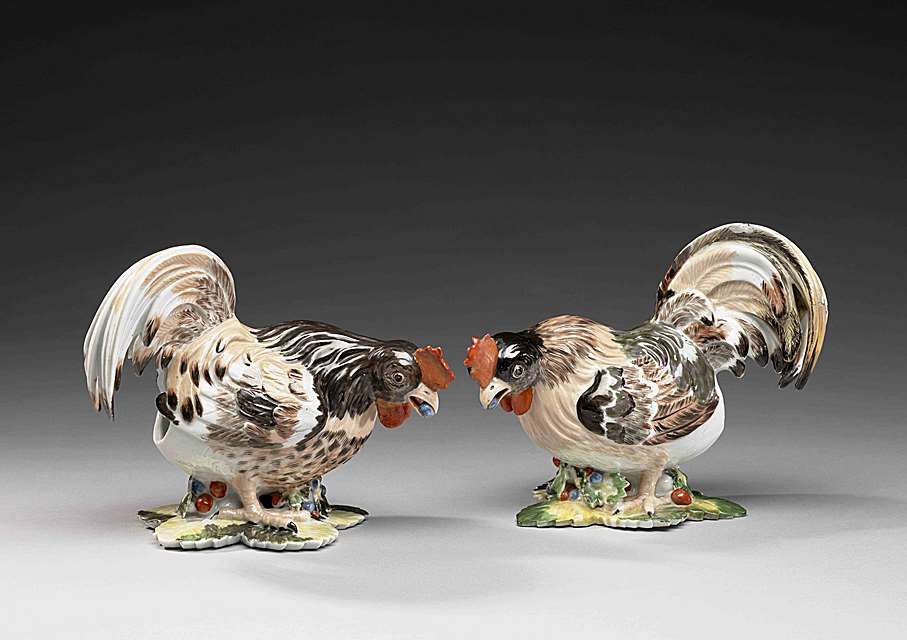 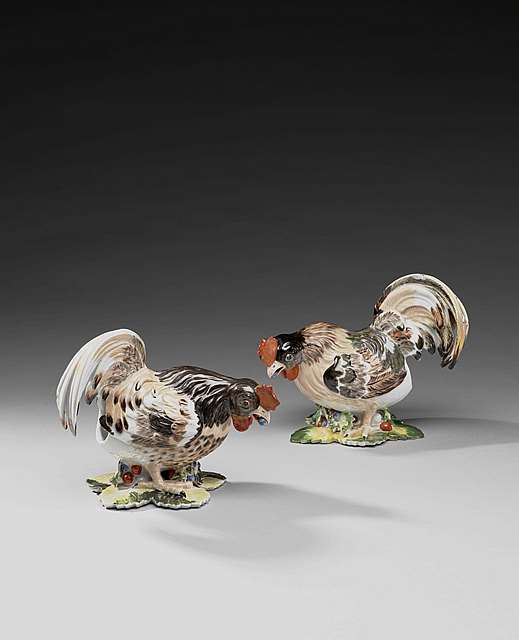 Bantam chicken are a popular Asian race of dwarf-chicken, whose name derives from the Indonesian port city Bantam. Because of its colourful plumage it became acclaimed in Europe. The origin of the Japanese or Chabo bantam, which is is an old and honored breed with no counterpart in large fowl, dates back several centuries to when their prime purpose was to serve as living ornaments in the beautifully landscaped gardens of the wealthy. A true luxury commodity.

It is thought that Bantams first arrived in Japan from China in the early 1600’s when they started to appear in Japanese art. Not only in paintings but as well modelled in porcelain in Arita (see a Bantam cockerel at the Gardiner Museum, Toronto).

It is for sure, that one of these Arita Bantam cockerels made his long way from Japan into Augustus the Strongs collection of East Asian porcelain in Dresden in the beginning of the 18th century. This Princely collection served as an endless source of inspiration for the newly found Meissen manufactury (1710), the first European porcelain manufactory.

In 1730, the first master modeler of the Meissen manufactory, Gottlieb Kirchner had modelled the presented Bantam tea-pots after the Japanese porcelain masterpiece of Arita. We do know two different ways of decorating this model. On the one hand: stylized in the manner of the East Asian original, on the other hand – as presented pair- decorated naturalistically after the living example.

Pieces like those where highly fashionable and where thought to serve a highly voguish purpose: serving and drinking tea, a new and most sought-after luxurious beverage deriving from East Asia, as the wonderful pair of Bantam cockerels originally did.