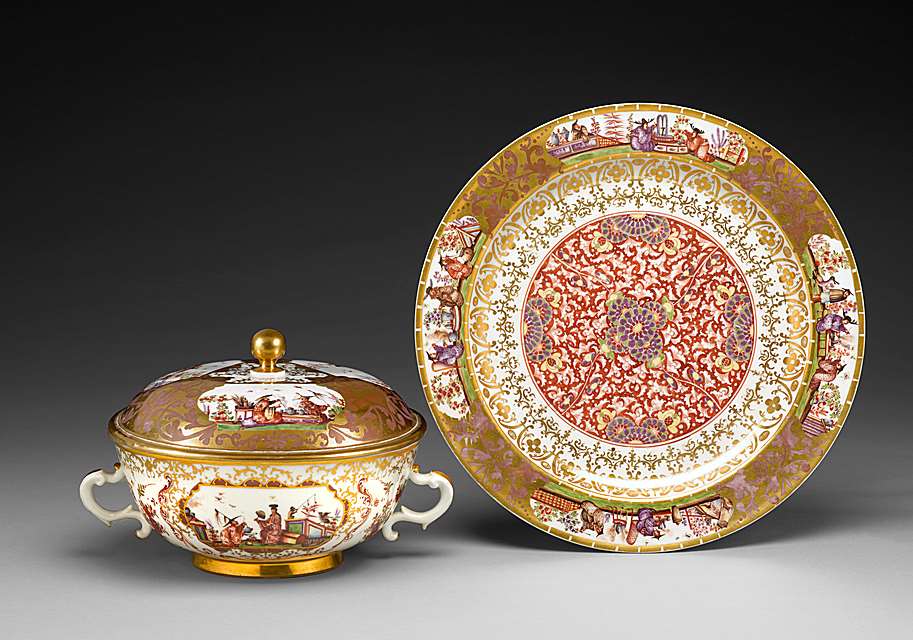 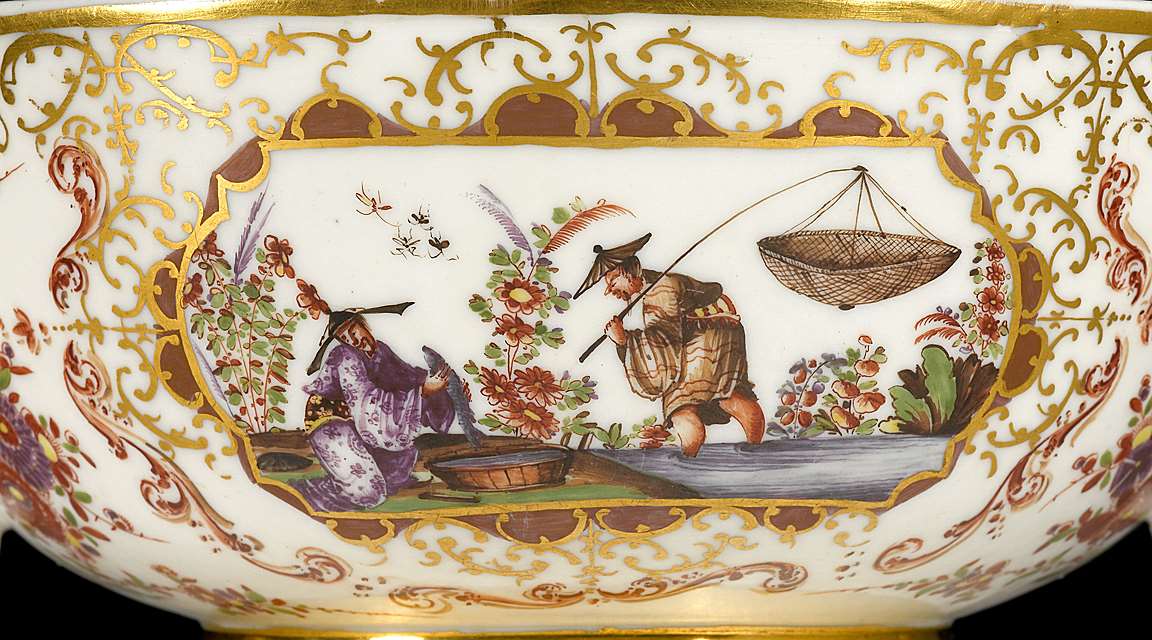 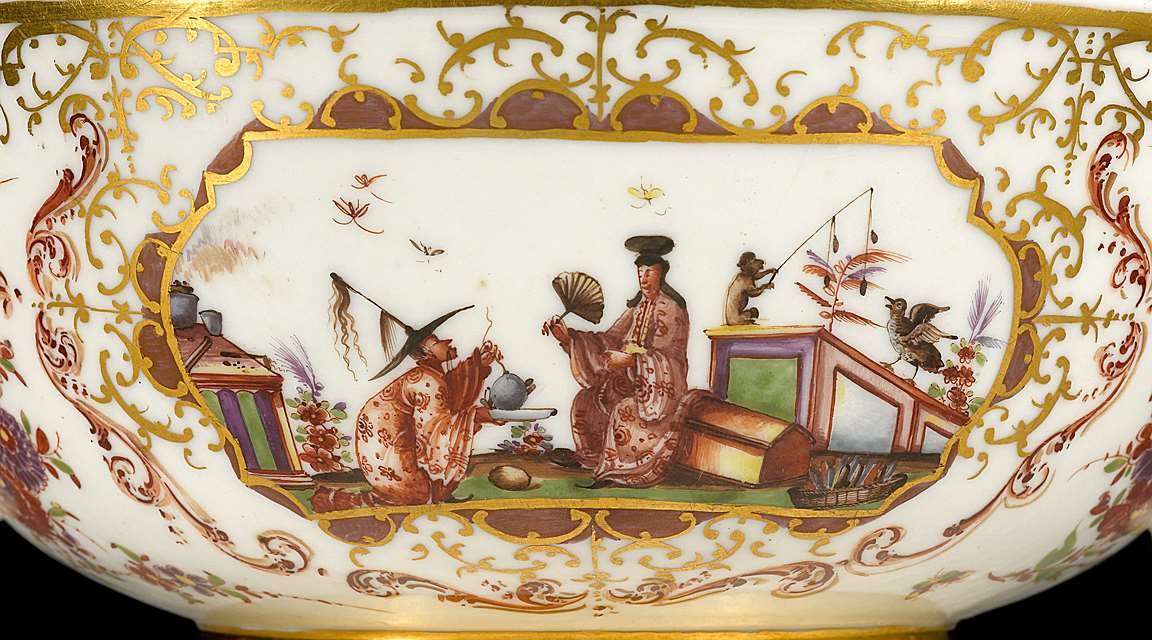 This small round bowl with two foliate handles has a domed cover with a gilded ball finial and a stand with a raised ledge. Known as ecuelles from the original French name “écuelle”, these items were in the first half of the eighteenth century a standard element in breakfast services, which in addition to pieces for coffee, hot chocolate and tea also contained a bowl from which clear soup or gruel could be consumed. The covered bowl and stand were decorated in the same manner as the rest of the service, with gold and polychrome enamels. The form of the ecuelle appears to have been inspired by a contemporary silver tureen.
The standard decorative scheme for ecuelles was developed shortly after the porcelain painter Johann Gregorius Höroldt entered the Meissen manufactory in 1720. As his principal subject he took chinoiserie scenes, always executed in fine miniaturist style and embedded in an overall décor filled out with ornamental patterns and extending over the whole surface. This richness of composition gave the vessels the splendour and opulence required by aristocratic patrons or indeed by the proprietor of the manufactory himself, Augustus the Strong (1670–1733). That the Polish king and Saxon elector had ecuelles of this kind in the collection he amassed at his porcelain palace in Dresden is shown by the existence of two examples bearing the old Japanese Palace inventory number “N=76-w”.
The present ecuelle and stand was decorated in accordance with the same scheme as the above-mentioned examples. In quatrefoil cartouches, two on the bowl, three on the cover and four on the stand, Höroldt painted scenes showing two or three Chinese gentlemen smoking, drinking tea or otherwise going about their daily business. They are wearing colourful patterned robes and broad-rimmed black hats and are seen sitting at low tables, some on high-backed chairs, in the midst of gardens resplendent with shrubs in bloom. In their style and composition the scenes correspond to sketches in Höroldt’s pattern-book, the Schulz Codex, which contains innumerable design drawings for and copies of motifs of porcelain decoration. On the bowl the gold-framed cartouches are surrounded by foliate gilding and small fields of purple lustre, which in their turn are followed by indianische Blumen around the handles. The cover and the ledge of the stand are decorated with a ground composed of gold ornament on purple lustre and enclosing pictorial reserves left plain white. One feature of particularly noteworthy quality is the medallion covering the whole flat surface of the well, which is composed of a dense pattern of indianische Blumen with half-bloooms at the edges and a rosette of half-blooms in the middle.